Employee comfort and productivity will remain a priority for office tenants 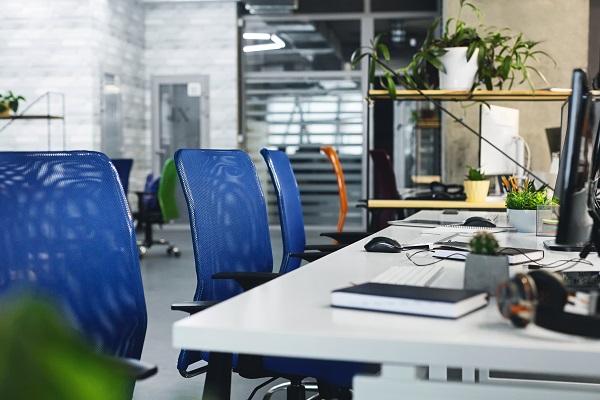 Despite the challenges brought by the current pandemic to the entire economy and at the same time to the real estate market, the modern office sector in the major cities of Lithuania has not seen significant changes in H1, according to the office market review for Vilnius, Kaunas and Klaipėda for H1 2020 prepared by Ober-Haus.

“After the end of the lockdown, the employees returned to the vacated offices. The construction of projects successfully continues and the increase in office vacancies in business centres was due to the opening of newly completed projects. Meanwhile, the widely tested telecommuting opportunities have given rise to various considerations about the future prospects of offices: from declining overall demand for physical office space to increasing it to expand social distancing space for on-site employees,” Raimondas Reginis, Research Manager for the Baltics at Ober-Haus, said.

The uncertainty caused by the virus and the changing global situation are encouraging companies to try out different business models in their offices. According to Reginis, it is likely that in the near future it will be difficult to identify the office planning strategy that tenants will choose, as the current global health and economic crisis is still ongoing. However, regardless of when this crisis is going to be finally resolved, companies will anyway have to provide their employees with safe places of work.

“Looking at the history of modern offices in the major cities of Lithuania, the share of office rent and maintenance expenditure in the operating expenses is decreasing. Thus, in the long run it is unlikely that companies competing for labour force will decide to significantly reduce their office space further reducing social distance space between employees or asking some of them to work from home,” Reginis said. Therefore, financially strong companies will make every effort not to reduce the comfort of employees or their work efficiency. And with the current crisis still ongoing, the decision to reduce some or all office space is likely to be made due to financial problems of the companies, but not to changes in the organization of work. 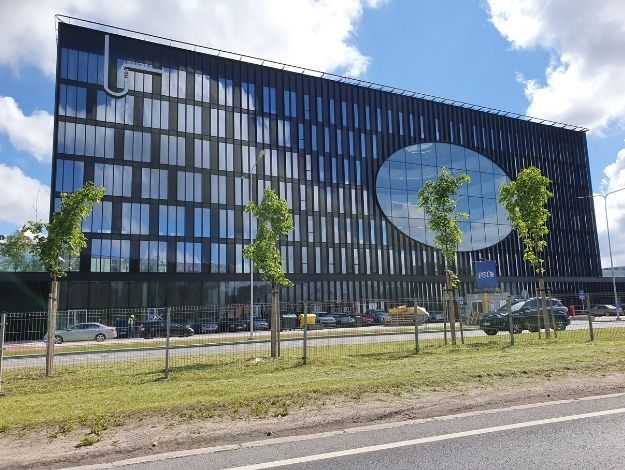 In H1 2020, the construction of five office buildings was completed in Vilnius: Green Hall 3, U219, Uptown Park, SEB headquarters and the business centre in the multifunctional Paupys complex. According to Ober-Haus, these projects supplemented a total of 47,600 sqm of useful office space to the office market of the capital city, and the total area of ​​modern office space in Vilnius increased by 6% to 832,000 sqm in H1 2020.

The abundant supply of new space and active tenants also determined high office occupancy rates. The area of rented modern office premises in H1 2020 in the capital city totalled 66,700 sqm or 20% more than in H2 2019. At the same time, the significant number of newly completed projects has slightly increased the vacancy rate in the existing office buildings. According to Ober-Haus, in H1 2020, the vacancy rate in the country’s capital increased from 3.0% to 3.8%. The vacancy rate for A class offices was 2.0% and for B class offices – 5.2%. The last time the higher vacancy rate of office space was recorded in Vilnius at the end of 2017 and amounted to 5.4%.

In H2 2020, a large number of new projects will be offered to the market –  six more new buildings should be completed in the capital city and the modern office space market in Vilnius will be supplemented with 51,300 sqm of useful office space. If these projects, which are currently being completed or are nearing completion, are implemented as planned, the total area of ​​new offices that will supplement the market in Vilnius in 2020 will be the largest in history totalling almost 99,000 sqm. To date, the year 2008 was considered a record year, when the construction of 11 projects for administrative use was completed in the capital of the country with the useful office space totalling 86,500 sqm.

“Even before the current pandemic, the prospects for increase in office rents were extremely vague, because particularly large volumes of new premises offered to the market each year did not allow developers to increase office rents. Meanwhile, the current situation has further reduced the likelihood of increase in office rents, as tenants are currently more cautious and less optimistic about expanding their activities and increasing the rented space,” Reginis said. It is likely that in the next 12 months the pressure from tenants to reduce rents will intensify and some property owners will be forced to adapt to the changed situation and offer tenants more attractive rental terms than their competitors.

In mid-2020, the construction of the largest Magnum Business Centre was completed and about 18,000 sqm of office space was offered in this project. To date, the largest modern office project in Kaunas was the Senukai administrative building built in 2013, with useful office area of ​​just over 15,000 sqm. No major changes in supply are expected in Kaunas in H2 2020, as only one small commercial project is planned to be completed which will provide about 1,200 sqm of offices.

Large volumes of ​​new office space that opened in Kaunas at one time increased the level of office space vacancies to a record ten-year level. According to Ober-Haus, between the end of 2019 and mid-2020, the overall vacancy rate of modern office space in the city increased from 10.3% to 16.2%. The vacancy rate for A class offices amounted to 20.4% and for B class offices – 14.1%. This means that in the middle of this year, tenants in Kaunas could choose from the available record high completed office space of ​​over 37,000 sqm.

The total amount of rented modern office premises in Kaunas in H1 2020 was 16,500 sqm or 6% less than the average of the last three half-years (2017–2019). “Considering that the construction of larger projects is not scheduled for completion in H2 2020 or H1 2021 in Kaunas, and the demand remains essentially stable, the vacancy rates should decrease again during this period. Such fluctuations in the vacancy rates of office space have been recorded in Kaunas before,” Reginis said.

“Taking into account the current situation in the office market in Kaunas and the cautious approach of businesses to any further expansion of operations, office rents in the second half of this year should remain stable with a slight decrease in certain projects,” Reginis said.

The modern office market in Klaipėda continues its quiet period. In H1 2020, no new projects for office space were built. The area of ​​modern office premises in Klaipėda has not changed since Q3 2019 (when a new commercial building with office premises was opened on Dubysos Street) and in mid-2020 totalled 72,800 sqm. According to Reginis, despite various initiatives and plans to invest in the construction of administrative buildings in Klaipėda, the planning process has been very slow and projects often remain only on paper. It is therefore unlikely that we will see any real impetus in the development of the office segment in this city in the near future.

“It is likely that a similar level of rents will remain in Klaipėda in the near future – there are almost no incentives for price increase and the current relatively low level of rents compared to Vilnius or Kaunas no longer solves the fundamental problem, i. e. the lack of potential tenants. Even if the rents are reduced, the number of potential tenants is unlikely to increase,” Reginis said.