“If since the last economic downturn we have seen a sufficiently rapid recovery in the real estate markets of the capital cities of Estonia and Lithuania, the capital of Latvia, Riga, could not boast of greater changes. It seems, however, that the largest city of the Baltic countries is finally entering into a faster development phase,” Raimondas Reginis, Research Manager for the Baltics at Ober-Haus, said.

In 2018, 80,000 sqm of new office space was built in Tallinn, 43,000 sqm in Vilnius and nearly 25,000 sqm in Riga. Although in terms of the new office space, Riga was again behind Tallinn and Vilnius in 2018, according to Mr Reginis, the office sector in the biggest city in the Baltics is gaining momentum. According to Ober-Haus, a significant amount of office space of up to 140,000 sqm should supplement the market in Riga in 2019–2020.

“In the next two years developers in Riga plan to build as much office space as there was built in the past nine years (2010-2018). This is exactly what the capital city of Latvia lacked in order to compete with Vilnius and Tallinn for the attention of international companies. A possibility not only to get established, but also to plan any further expansion in modern buildings is one of the main factors for bringing larger companies to a specific region or city,’ Mr Reginis pointed out.

Vilnius and Tallinn, however, are not going to give up their positions as leaders in the office space development in the past decade easily and are also preparing for new impressive office developments. According to Ober-Haus, at least 15 projects are planned to be implemented in Vilnius in 2019–2020, offering a useful office space of about 160,000 sqm. In Tallinn, about 100,000 sqm are planned to be built during the same period.

In the sector of traditional larger shopping centres, Tallinn and Riga had the biggest news in 2018–2019. Following the opening of T1 Mall of Tallinn at the end of 2018 the market in Tallinn was supplemented with 55,000 sqm of retail space. According to Ober-Haus, the retail space in traditional shopping centres in the capital of Estonia at the end of 2018 totalled 665,300 sqm and with 1.45 sqm per capita remains the obvious leader among the capitals of the Baltics.

In the meantime, after a long break one of the largest retail projects was implemented in Riga. In April 2019, Akropole shopping centre was opened supplementing the market in Riga with around 60,000 sqm of retail space. In terms of the retail space per capita, Riga came second in 2018 among the capitals of the Baltics (649,000 sqm or 1.02 sqm/capita). Following the opening of Akropole, the retail space indicators in Riga increased by a tenth.

“Despite the opening of smaller scale projects and DIY type schemes (Žali, Depo, Decathlon) in Vilnius in 2018, no larger traditional shopping centres were built,” Mr Reginis said. Opening of a larger project can be expected at the end of 2020, when the Vilnius Outlet shopping centre will be opened next to the western bypass of the city supplementing the market in the capital with about 35,000 sqm of retail space. The project of this type will be implemented in Vilnius after a break of 4.5 years (since the opening of the second stage of Nordika shopping centre in May 2016). According to Ober-Haus, the retail floor area in the traditional shopping centres in Vilnius at the end of 2018 totalled 453,000 sqm or 0.82 sqm per capita, the smallest figure out of the capital cities of the Baltic countries.

200,000 sqm new warehousing space in the capitals of the Baltics countries

In 2018, the capital cities of the Baltics and their environs saw particularly huge volumes of construction of warehousing facilities. “The growing demand for modern warehousing space and high occupancy rates create conditions for much faster expansion of this sector,” Mr Reginis said. The vacancy rate of modern warehousing premises in the Baltics is under 5%.

“Unlike in Estonia and Latvia, where the warehousing sector is mainly concentrated in the country’s capitals and its surroundings, Lithuania has other regions with sufficiently active development of warehouses. The supply of warehousing premises in Kaunas and Klaipėda regions alone totals almost 550,000 sqm,” – Mr. Reginis noted.

According to the representative of Ober-Haus, the development of warehousing facilities gained impetus and shows no signs of stopping soon. In 2019, a considerable increase in such property is planned in the capitals of the Baltics. Projects of different size are planned which will offer approximately 130,000 sqm of warehousing space. 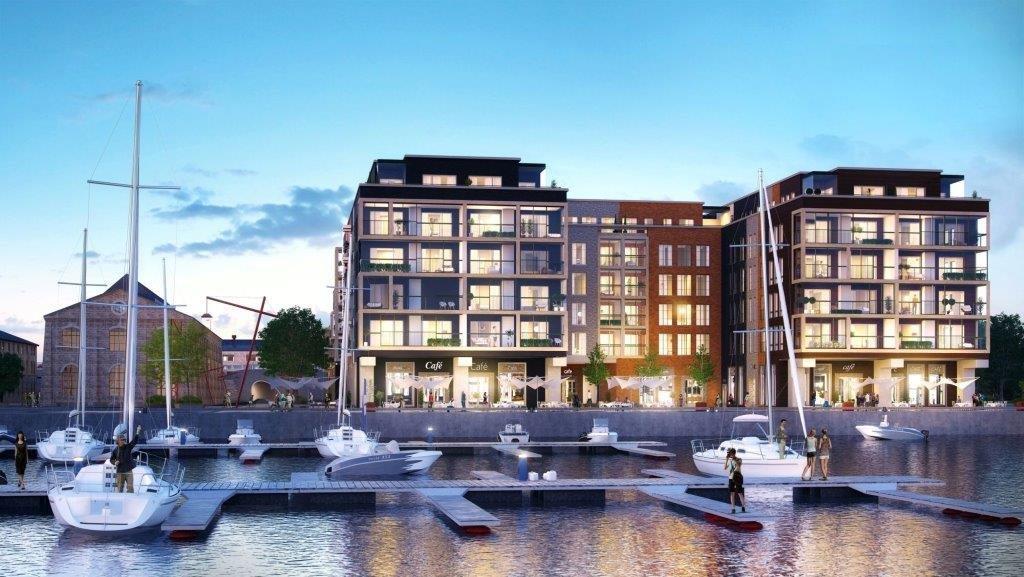 Despite the fact that according to the quantity of new apartments Vilnius retained the position of the leader among the capitals of the Baltics in 2018, Tallinn is rapidly catching up. According to Ober-Haus, in 2014–2016, on average 6.1 apartments were built per 1,000 population in Vilnius annually and in 2017–2019 the figure will increase to 7.9 apartments. At the same time in Tallinn on average 3.9 apartments per 1,000 population was built annually in 2014–2016 and in 2017–2019 the figure will jump to 7.1 apartments.

“It means that in terms of the number of apartments built in Tallinn, it is only by a tenth percentage points behind Vilnius,” Mr Reginis said. At the same time, despite a significant rise in the number of new apartments built in 2018 in Riga, the volumes of apartment construction in Riga remain modest and the figure is more than half that of Vilnius and Tallinn. According to Ober-Haus, in 2017–2019, the figure will be 3.1 completed apartments per 1,000 population in Riga.

“It is obvious that 2019–2020 will certainly not be boring in the real estate markets in the Baltic countries and will be eventful. The economic environment continues to remain favourable for active development of the market in the main regions of these countries. It is clear that developers are not going to miss this opportunity,” Mr Reginis said.